View cart “Q10” has been added to your cart. 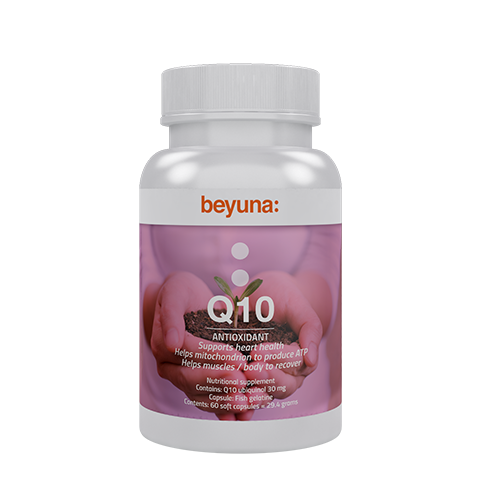 Beyuna Q10 consists of Ubiquinol, the reduced form of Q10, available in a stable form of Kaneka.

Read more about the quality of Beyuna Q10 under the 'quality' tab.

The recommended daily allowance for adults is 2 capsules per day.

For whom is Q10 Ubiquinol important?

When we are young our bodies produce enough ubiquinol, but as people age our natural ubiquinol production slows, from around the age of 20. Besides age, other factors such as sport can cause ubiquinol deficiency. Sporty people expend more ubiquinol when they work out and need to supplement this vital substance. Extreme stress, diets which do not contain enough ubiquinol or certain medications (such as statins and/or cholesterol-lowering drugs) can also deplete your body's Q10 levels. 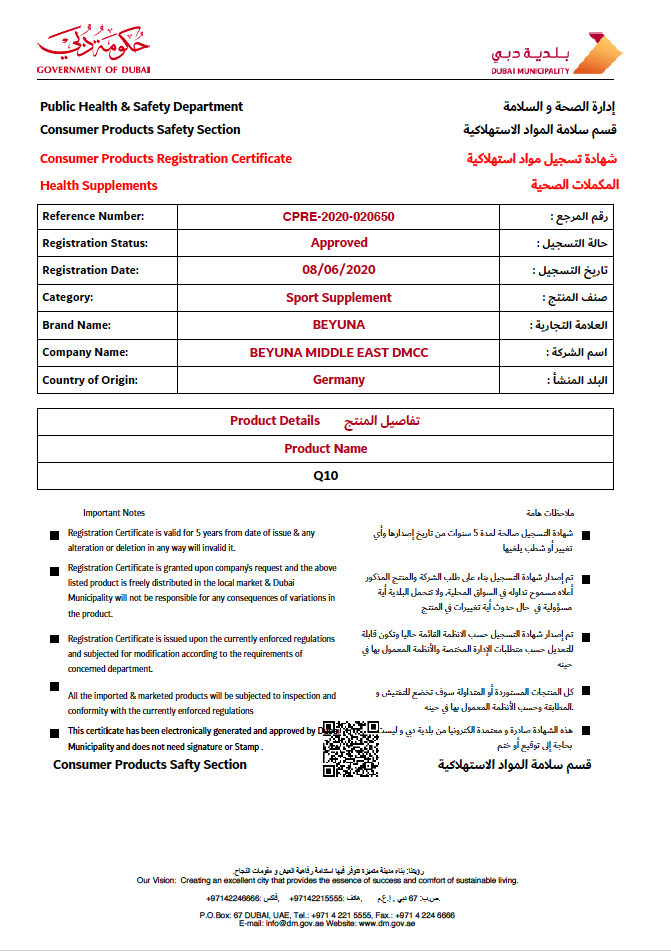 There are no reviews yet, log in and write the first!

The lifestyle company from
Inside Out

We use cookies to ensure that you experience our website as well as possible.If you continue to use this website, we will assume that you agree. Read more Okay!